Leon is Nicaragua’s cultural and political capital, and even now it has a number of political issues bubbling below the surface. It’s also one of the most interesting places I visited in Nicaragua. There has long been intense competition between Granada and Leon for Nicaragua’s best city, and after 3 days here I have to say that Leon won my heart. From boarding down a volcano to beautiful beaches and delicious street food, here are the 9 best things to do in Leon Nicaragua before you leave.

Run by Big Foot Leon Hostel and Quetzaltrekkers Leon, volcano boarding in Leon Nicaragua is an epic way to spend a morning. Invented by a crazy Aussie who decided he wanted to snowboard down volcano Cerro Negro, you’re in for an easy 45-minute hike up the volcano and then a very quick descent. Some people reach speeds of up to 90km. But you can somewhat control how fast you go… I hit 51km. Though I should say it wasn’t a deliberate choice.

Quick Facts: Cost: $30USD | Time needed: Half day | Verdict: Don’t miss. Volcano boarding is definitely one of the best things to do in Leon Nicaragua.

As a university city, the nightlife in Leon Nicaragua is quite diverse and has options pretty much every night of the week. After a hard days volcano boarding, we decided to sink a few drinks back at the Big Foot Hostel. Which was pretty tame until about 9 pm when it went absolutely next-level. Zona Rosa is an awesome area to check out the Leon Nicaragua nightlife with a good mix of pubs and bars. Hostel Via Via, Luna Roja and Geckos are good choices with a mix of tourists and locals. While Antorchas Bar Y Bocas is a great spot to mix with just Nicaraguans.

3. Stuff Your Mind Full Of Facts About The Revolution On The Free Walking Tour Leon Nicaragua

If you’ve been to Europe you’ll be used to informative and free walking tours in every city. And Leon’s walking tour run by Cooperativa De Tourismo does not disappoint. I hadn’t brushed up on my Nicaraguan history before arriving, and it was the perfect way to learn about the current political climate while gaining an understanding of the rich culture. As well as providing a great top-line list on what to see in Leon Nicaragua. Tours leave at 9 am and 5 pm daily. The 5 pm is a slightly condensed version, but still well worth it if you’re short on time.

Quick Facts: Cost: Whatever you want to tip. But these guys work hard so at least $5USD feels right | Time needed: 2 hours | Verdict: Don’t miss. This free Leon Nicaragua walking tour was one of my favourite things to do in the city.

If you’re wondering what to see in Leon Nicaragua climbing the cathedral is at the top of many lists. However, I have to admit, we didn’t actually get to do this. From all accounts though, it’s insanely beautiful. Unfortunately, time and communication is not a strong point of the cathedral and opening times seem to be wrong in all of the current travel guides. Therefore, after trying to get into the closed cathedral three times in one day and being told different opening times, we gave up. For the record, apparently it’s open to climb from 8:30 am till 12  pm and then again from 4 pm – 5 pm.

Quick Facts: Cost: $1USD | Time needed: 30 mins | Verdict: Definitely climb the cathedral if you can. According to everyone I met, it’s one of the top things to do in Leon Nicaragua.

While thinking about what to do in Leon Nicaragua, beaches are not usually at the top of your list. However, Las Peñitas, one of the beaches near Leon Nicaragua, is pretty magical. Take the 30-minute shuttle from Big Foot Leon that drops you at their counterpart hostel. Sit on the beach and enjoy a Flor de Caña coffee cocktail, hire a board and go for a surf or play a game of beer pong.

Quick Facts: Cost: Free for gals if you’re staying at Big Foot, otherwise $5 USD | Time needed: Half to full day | Verdict: Only if you have time. It’s a lovely choice for one of the day trips from Leon Nicaragua city.

6. Gobble Up Street Food In The Main Square

Just around the corner from the main square you’ll come across a handful of food trucks dolling out huge burgers, hotdogs and pizzas. Yes, I know it’s not traditional Nicaraguan fare, but the burgers are excellent.  Onions are caramelised in a mix of chilli, mustard, mayonnaise, pickles and tomato sauce and piled onto a fluffy bun with fresh salad and a meat patty. And while they aren’t the best restaurants in Leon Nicaragua, experiencing the atmosphere at the street food trucks with the locals is a pretty unique experience.

Quick Facts: Cost $2USD: | Time needed: 30 minutes | Verdict: A great way to chat with some locals and a great option in place of some of Leon Nicaragua’s restaurants if you’re in need of a scrimp day.

7. Tour The Museum Of Legends And Traditions

The Museum of Legends and Traditions is one of the more eccentric places to visit Leon Nicaragua. Housed in an old political prison, the location in itself is pretty interesting. Add to this, huge paper mâché sculptures of witches and infamous dog women, it’s a weirdly entertaining way to spend a couple of hours. I wouldn’t recommend taking the guided tour unless you speak a good level of Spanish. The English speaking guide’s accent is quite hard to understand. All signage is translated into English, so it’s easy to DIY. Now, I’m not saying this is a fully professional museum by any means. But it’s good for a bit of a laugh and is one of the fun things to do in Leon Nicaragua.

Quick Facts: Cost: $2USD | Time needed: 2 hours | Verdict: Only if you have time

8. Drop In For A Daily Treat At Kiss Me Ice cream Leon

Kiss Me, a boutique ice creamery opposite Big Foot Hostel Leon is serving up some incredible homemade flavours. Don’t go past chocolate chip, brownie, marshmallow and banana with a huge homemade waffle cone.

Quick Facts: Cost $3 USD: | Time Needed: As long as it takes you to smash an ice-cream | Verdict: Don’t miss. This was one of my favourite things to do in Leon Nicaragua.

9. Find Ultimate Relaxation And Do A Bit Of Good By Getting A Massage From The Blind

I’m not going to lie, this place isn’t sparkling clean, or anything like the massage places at home. But, while I was a little nervous going in, the massage from Roberto at Seeing Hands, who is legally blind, was so relaxing I fell asleep… ‘Nuff said. Do yourself a favour and get a massage in Leon Nicaragua.

Where To Stay In Leon Nicaragua 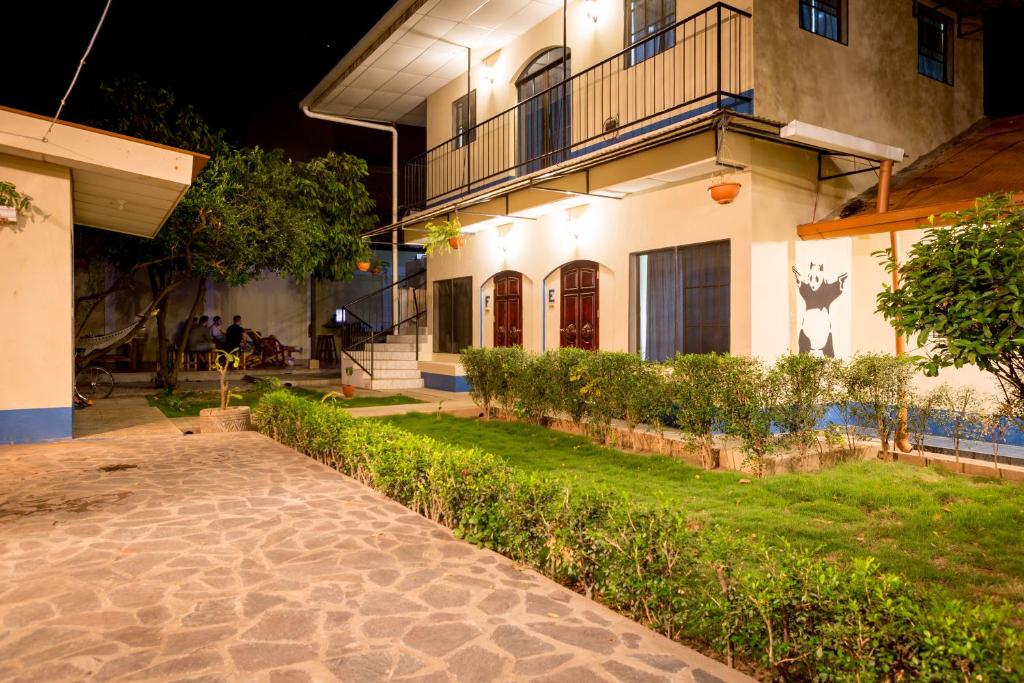 Via Via Hostel Leon Nicaragua

Right in the heart of the city, This is one of the best hostels in Leon Nicaragua, known for its nightlife as it’s also a bar and restaurant. 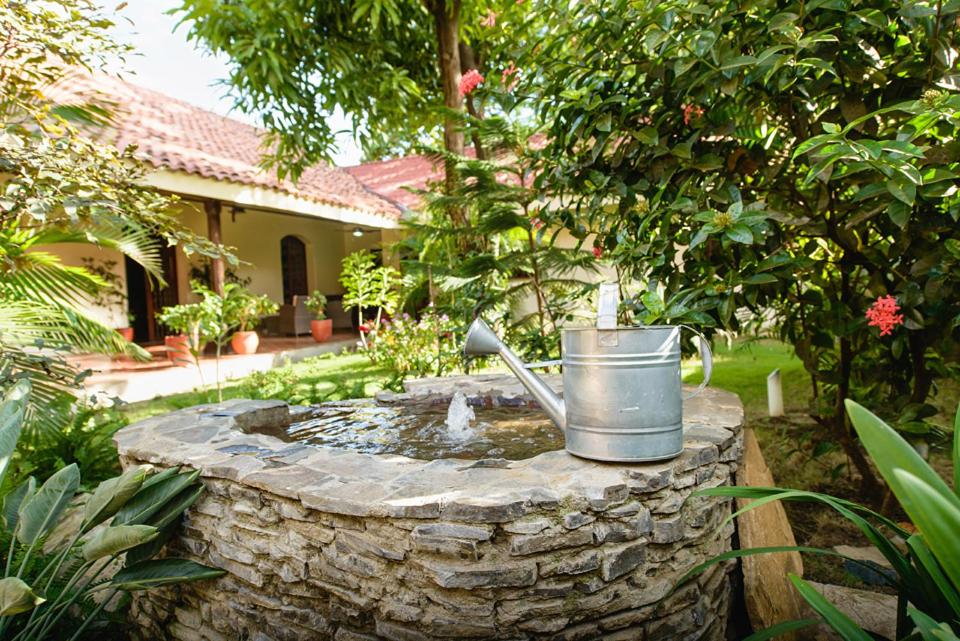 One of the best hotels in Leon Nicaragua. With an outdoor pool, attentive staff, delish breakfast and spacious rooms. 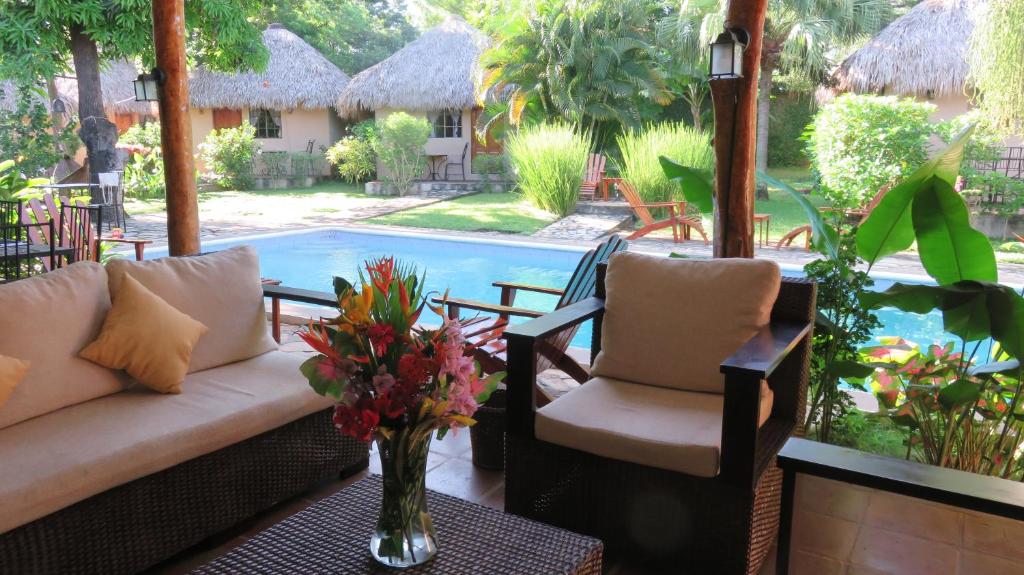 How to Get To Leon Nicaragua

There is no Leon Nicaragua airport which means there are no flights to Leon Nicaragua. You just have to fly into Managua and make your way from there. But don’t worry, here are all the instructions you need.

Getting To Leon Nicaragua Via Shuttle

NicaShuttle and Ride With Less offer shuttle services from most cities in Nicaragua to Leon. Prices start from $20 USD so it’s definitely one of the best ways to travel to Leon Nicaragua.

How To Get To To Leon Nicaragua Via Public Bus

Managua To Leon Nicaragua by bus: Buses to Leon leave from the bus station opposite the UCA, University de Centroamerica. If you’re arriving in Managua via plane catch one of the taxis out the front of the terminal by telling them in Spanish to take you to the terminal “enfrente de UCA, Estación de Autobus a Leon”. This should set you back $10 USD – $15 USD. Once you can take the direct micro-bus for around $2 USD per person. These vans leave every 15 – 20 minutes, seat about 15 passengers and take 1.5 hours.

Granada to Leon by bus: From Granada Central Bus station take the next bus to Managua (there should be plenty running. From here just follow the instructions above.

San Juan Del Sur to Leon Nicaragua by bus: This journey is a little more difficult, so it may be worth taking a shuttle. From San Juan Del Sur you need to take the bus to Rivas. The bus from Rivas will drop you at Mercado Huembes Bus station, so you need to take a taxi to the bus station opposite the UCA, University de Centroamerica. Getting off the bus in Managua and finding a cab can be a pretty harrowing experience. And they will all try and rip you off. By haggling, you should be able to get the price down to 80C$ – 100C$ ($3-4 USD). Once you arrive at the UCA bus station. Just follow the above instructions on how to get to Leon from Managua.

Like most places in Nicaragua, you definitely won’t be blowing your budget in Leon. I was able to have a fair few scrimp days while I was here as luckily most of the best things to do in Leon Nicaragua are pretty cheap. I would say allow for $25 – $35 USD per day, and then you should be covered. That’s around $10 USD for accommodation, $10 USD for food and then $5 – $15 USD left for activities.

Want More Of Nicaragua? Check These Out!

Absolutely Everything You Need To Know Before Volcano Boarding In Nicaragua

The 8 Best Things to do in San Juan Del Sur

The 9 Best Things to do in Leon Nicaragua

10 Awesome Things to do in Granada, Nicaragua

Everything You Need To Know Before Visiting The Masaya Volcano